Home » Uncategorized » Did you know that a MILLPWR is being used to create classic aircraft parts in an Alaskan machine shop? 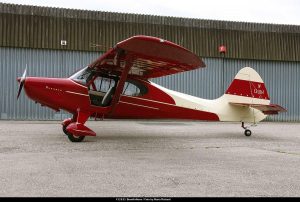 An ACU-RITE MILLPWR control has been a critical production component in Burl’s Aircraft, LLC machine shop since the year 2000. Making aircraft parts, including parts for the classic Aeronca Sedan light aircraft (originally built in 1949-1951) and now manufacturing an entirely new updated version of it called the AeroSedan Model 15AC, Burl’s Aircraft, LLC is helping to keep this classic aeronautical tradition alive.

“We have customers all over the world that still own and use classic light aircrafts, and we are happy to support them,” explained Burl Rogers, company owner. “I have a special love for the Aeronca Sedan, a 4-place aircraft,” added Burl. He explained that his own father bought one in 1956 in which he was given flying lessons as a teenager by his father while traveling on hunting and fishing trips in their home state of Alaska.

Burl served in the Alaska Air Guard where he was a mechanic from 1962-1968. In 1982, he started his own light aircraft maintenance business with the knowledge and skills to do the job. In 1996, Burl quit doing maintenance and devoted full time to manufacturing. In the year 2000, while visiting new and used equipment dealers on the West Coast with his wife, Burl witnessed a demonstration of an ACU-RITE MILLPWR in action. “After the demonstration, I asked her what she thought, and she told me ‘you need to buy that’, as it was clear the benefits this MILLPWR would provide to our company’s milling capabilities,” explained Burl. “So, we purchased the MILLPWR II. It was obvious that this would allow us to update our operation and machine basically anything that had a shape to it, and it has!” 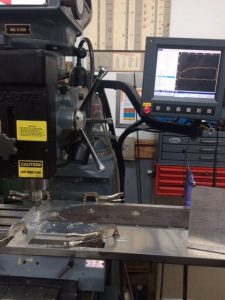 Today, Burl’s Aircraft, LLC is producing FAA-approved parts for classic and current general aviation aircraft using the MILLPWR, including parts necessary for landing gear, flight control surfaces, a sub-assembly brake torque flange, engine mount brackets and a new design fuel cell screen to name a few. They also use the MILLPWR in manufacturing special tooling that is required to complete the fabrication of the parts for these planes. And, of course, they are now also making parts needed for the new AeroSedan Model 15AC aircraft that will be a modified version of the original Aeronca 15AC Sedan but updated to today’s FAA safety standards. Parts for the legacy fleet in the field are also produced.

“Our goal is to have one of these classic models completed and ready for sale in 2019!” shared Burl who is excited to see this aircraft legacy live on. “Out of the 561 original Aeronca Sedans built almost 70 years ago, the FAA registry lists 255 left with 220 still flying, going to show that if you take care of your equipment, it will take care of you!

“That statement also applies to our machine shop as well and the ongoing use of the ACU-RITE MILLPWR control,” added Burl who says it continues to be used regularly. “We do a lot of things with it, including making some parts that have to be regenerated from drawings. We put those into AUTO CAD, then get a DXF file and get a flat pattern, and often can cut that right on the mill. “One of the greatest features is the ‘Teach’ control. It saves time in doing a one-only part by eliminating the drawing and .dxf file.” 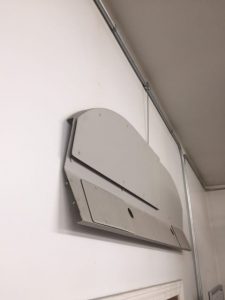 Burl’s Aircraft fuel screens, for example, are made using the MILLPWR. These parts have eight rows of 20 holes, staggered every 45 degrees. They fit inside the fuel cell in the aircraft wing.

“Cessna sells their fuel screens for $800-$1,200 each,” said Burl. “Our FAA-Approved Cessna replacement fuel screen is made all from one piece. Testing proved our screen out flowed the original part by three gallons per hour. Retail cost for our screen is only $195. We can’t keep these parts in stock!

“To make these on the MILLPWR, all we have to do is insert the data, establish datum and make sure the Z-axis travel is at right depth. You load material and push a button, then watch it drill 20 holes, rotate the indexer and do the next rows until complete. I’ve even had my wife come down and drill the fuel screens when necessary!”

Burl goes on to explain how ‘intuitive’ and ’easy to use’ he believes the MILLPWR is. “This is one of the best, most economical, control systems I’ve seen. I can actually turn somebody loose on it that’s relatively new in the field. I have them study the operation manual to become familiar with the system and then perform the DEMO run in the manual on the mill. They can become productive very quickly! It has been and continues to be a great production and business investment for me.”